MondoCon 2019 Recap: The Beloved Art Convention is Bigger and Better Than Ever

In its fifth year, MondoCon is bigger than ever. In the convention’s program, co-founder and creative director Mitch Putnam mentioned this year’s con is “the first time it actually feels like we’ve hit our full potential.” Honestly, I couldn’t agree more. Movie, music, and comic book fans love Mondo for all of the rad collector items they make. Hell, I’m one of them. People line up for hours (and even camp out overnight) to get their hands on the latest releases, and this year was no different. I had the pleasure of attending this year’s two-day convention, which by far was their biggest and best event yet. 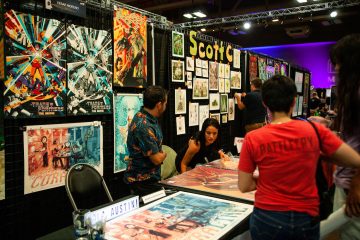 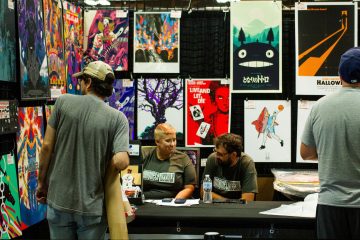 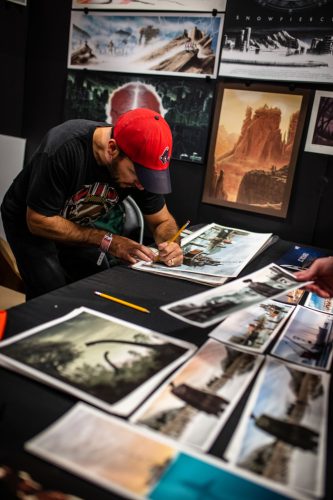 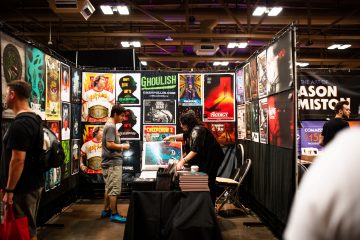 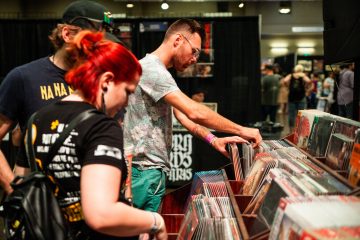 The last MondoCon was in 2017 and held at The Austin Statesman. While this space was effective given its large size, it was somewhat segmented with different halls. This year, MondoCon was held at The Palmer Events center — an event space that also holds such annual events such as the Oddities and Curiosities Expo and Austin’s annual Record Convention. It’s a huge, wide-open space allowing guests to openly wander and easily access all vendors, panels, and amenities. Parking was also ample due to the adjacent garage. Artist booths were set up in rows while sections were brightly projected onto the walls to convey where the vinyl, artists, Mondo booth, and restrooms were located. Right outside the west doors of the building were an array of food and drink vendors such as Southside Flying Pizza, The Peached Tortilla, Lucky Lab Coffee, and Austin Beerworks. If none of those spots struck a chord, visitors can walk across the street to either Black’s BBQ or El Alma. There’s also the lovely and relaxing Butler Park right next to the Palmer where you could lay in the grass, stroll around, or even walk to the trails that backup to Austin’s Lady Bird Lake. This year honestly had the best space both internally and externally for MondoCon. 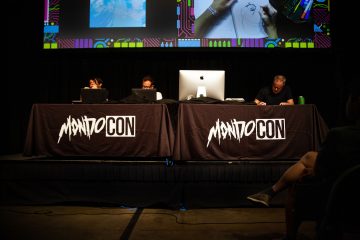 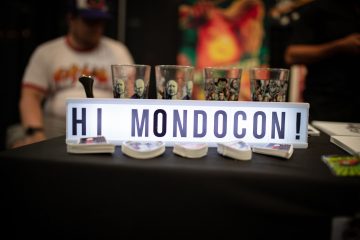 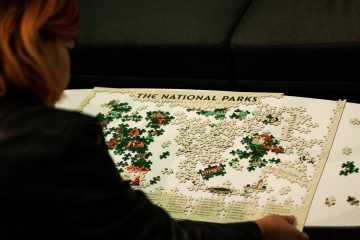 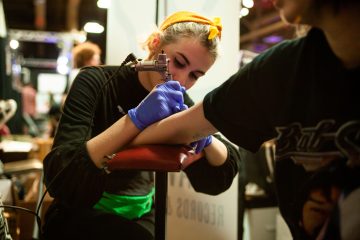 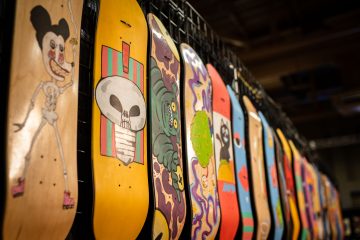 While many visitors attend for the art, the panels are a highly sought after component of MondoCon as well. This year, my favorite panels were: The Art of Toymaking, Mondo Talk, Underscore: A Soundtrack Panel and Live Draw. Another popular panel was the Canadian Horror Roundtable featuring artists such as Ghoulish Gary Pullin, Jason Edmiston, Matty Ryan Tobin, Sara Deck, Randy Ortiz, Justin Erickson, and Paige Reynolds. MondoCon had a spotlight panel specifically for Greg Ruth and there was also a panel featuring Draplin Design Co.

The Underscore: A Soundtrack Panel had some exciting updates about vinyl releases coming in the near future. Mondo Music Group’s Mo Shafeek and Spencer Hickman were joined by Anime label Tiger Lab’s founder, Jon Dobyns, and artist Alan Hynes to discuss the process of conceptualizing and creating a vinyl. They debuted four key records that collectors can look forward to:

Mondo’s creative team Eric Garza, Rob Jones, and Mitch Putnam presented an array of alternate concepts and directions along with commentary behind some of the biggest releases of the year during their Mondo Talk panel. They also disclosed some exciting things to look forward to over the next year including a 2020 show featuring We Buy Your Kids while Justin Ericksson of Phantom City Creative came on stage to announce his return for Batman: The Animated Series where he is releasing a Vol. 2 of score/soundtracks. The audience even got to vote which of three designs for the Joker’s Wild will get printed! 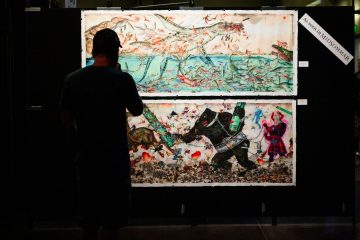 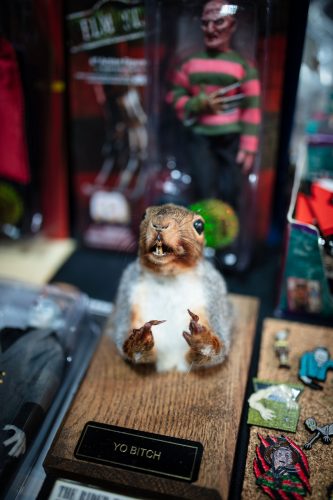 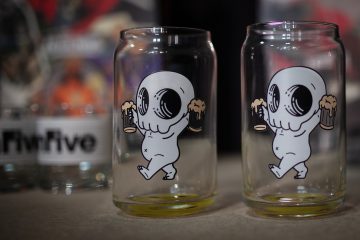 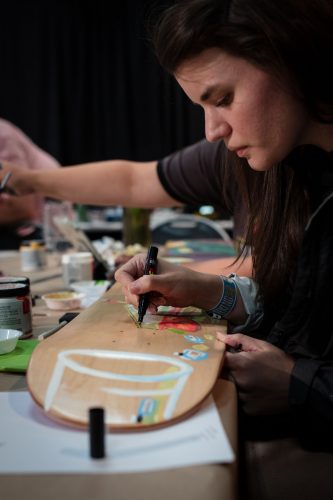 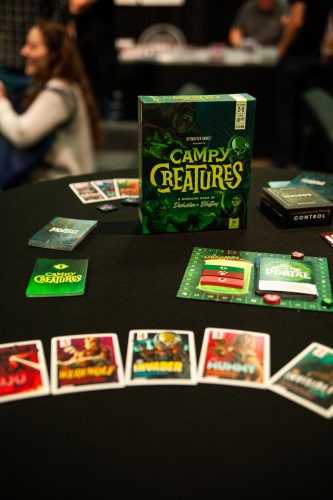 Each of the four Mondo screenings took place at Alamo Drafthouse South Lamar– a quick pedicab ride (or scooter ride, if you’re into that kind of thing) away from the Palmer Event Center. They screened Scott Pilgrim Vs. The World, Spider-Man: Into The Spiderverse, There Will Be Blood, and a beautiful 4K restoration of The Evil Dead complete with a brand new soundtrack and new sound effects mix as well.

Whether you’re a collector of posters, tiki mugs, vinyl, enamel pins, or toys, MondoCon offers something for everyone. Hell, they even have a signature MondoCon beer for every event. There are signature events and gimmicks that occur each MondoCon such as Sonny Day’s skateboard painting workshop and the fact that staff hide He-Man toys all over the grounds for people to find and win prizes. There are so many things to love about Mondo. It isn’t just about the products they make or the experiences they create, it’s about the people behind-the-scenes and the community they’ve brought together through common passions. It’s a truly beautiful, fun, and unique collective experience. MondoCon keeps growing bigger, better, and more unique each time around. It is most definitely worth the financial splurge, long lines, and travel. I can’t recommend it enough.

The post MondoCon 2019 Recap: The Beloved Art Convention is Bigger and Better Than Ever appeared first on /Film.

How ‘The Vigil’ Director Keith Thomas Made a Jewish Genre Film